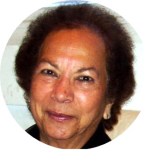 The aim of this UK registered charity is to make life changing differences to people with disabilities through the use of assistive technologies.

The Janki Saye Foundation was founded in 2015 by Sheila and Mala Saye in memory of their mother Janki Saye.

“Janki was a beautiful and generous soul. She was always donating money to charity and cared very deeply about people who were less fortunate than us.

In later years, as she became less physically able, dealing with arthritis and Parkinson’s Disease as well as visual and hearing impairments, she still thought about others, and continued to make regular donations to a significant number of charitable institutions. She was always quick to respond to humanitarian crisis and disaster emergency appeals, and also encouraged us to make donations to the aid charities”.

Through this Foundation, Janki’s legacy will continue. 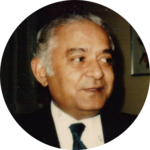 “The decision to focus on technology solutions is a tribute to our father Sesh Saye who passed away in March 1993. He was a pioneer in the field of computing, working for companies such as ICL (now Fujitsu), IBM and Sperry Univac (now Unisys.) His generosity and his love of technology and gadgets left a lasting legacy and we both established our own careers in the field of IT”. 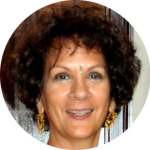 Sheila was formerly an IT director at Merrill Lynch, where she worked  for 20 years managing people and projects in London and New York. She then qualified as a personal performance coach and set up her own coaching and consulting practice, working with corporations such as Citigroup and Barclays. Sheila also spent 3 years as a part time volunteer at the Citizen’s Advice Bureau carrying out advice and social policy work and also worked as a volunteer helping people with visual impairments.  Sheila also served as a Trustee for the Darjeeling Children’s Trust for 5 years and has raised thousands of pounds for various charities through marathon and half marathon running. 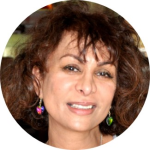 Mala has extensive experience in the IT industry having previously worked for IBM and now working as a Program Manager at SS&C Technologies. She has worked as a volunteer at orphanages in Peru and Argentina in various capacities such as team leader and fund raiser. In Peru she worked with the social worker to help integrate the orphanage into the local community and to help raise funds. Mala has also worked as a volunteer with the regional branch of the Multiple Sclerosis Society in London to help support members to meet and share information and to raise awareness.  In addition to this, for 7 years Mala volunteered her services working with the homeless at the Crisis winter housing shelters. 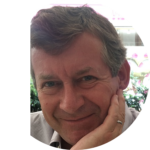 Paul has a wealth of experience in senior financial and operational roles spanning the retail, financial services and not-for-profit sectors. A Chartered Accountant, Paul retired in 2019 and now works as as a financial consultant. His last permanent role was as Director of Finance and Operations at the Chartered Institute of Taxation, a charity where he managed the Finance, IT, HR and Member Services functions. In the not-for-profit sector, Paul has also worked as Finance Director at the British Retail Consortium,  Investors in People and the NHS Confederation. Previously Paul worked at Merrill Lynch and Nomura, amongst others.  An enthusiastically indifferent tennis player and slightly obsessed art collector, this is Paul’s first volunteer charity role.

Dave currently works as the Data Manager for Surbiton High School. He has previously worked as both a volunteer and a manager for the Cancer Research Campaign and Cancer Research UK, organising fundraising events and running a retail outlet. In his current role Dave enjoys helping the school with their charity events and, for the past two years, has successfully established the Janki Saye Foundation as one of the Surbiton High School’s House charities. A keen musician and very talented amateur baker – his chocolate brownies and millionaire’s shortcake are legendary!, Dave loves to put these skills to work raising money for charities that he is passionate about. 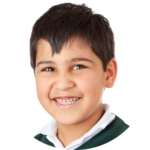 Zayan, our youngest associate, is studying at Lime Tree Primary School, and his aim is to make a difference for people who are physically or financially underprivileged. He uses a significant part of his pocket money and gifts as donation. He is very proud of being part of JSF as he experiences firsthand the difference his participation makes.

Zayan says “I am inspired by Stephen Hawking, who is making an amazing contribution to science regardless of being wheelchair bound and depending upon a computerised voice system for communication”. 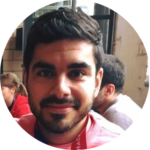 Robbie’s current role is to recruit finance and accountancy staff into the charity sector. He has a brother Joey who is autistic, and in 2011 Robbie began to combine his love for running with his passion for fundraising. He ran the Brighton Half Marathon to raise money for the National Autistic Society. Since then, Robbie has completed several half and full marathons and raised thousands of pounds for various charities in the process. He joins the Janki Saye Foundation as an Associate having run two half marathons in 2017, raising £1,500 for JSF. 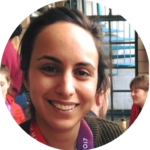 Fiona currently works as the People Manager in a trend forecasting consultancy in Shoreditch. Like her brother and fellow JSF associate, Robbie, Fiona’s passion for fundraising began back in 2012, when she ran the Edinburgh half marathon for an Autism related charity. She went on to run the London Marathon in 2015 and, in 2017, Fiona ran the Hackney Half Marathon for the Janki Saye Foundation. She hopes to run many more marathons and half marathons for JSF in future; almost as much as she hopes to one day beat her brother’s time! In Fiona’s spare time, you’ll find her exercising or eating in and around London; planning holidays, or spending time with her family.

Barbara spent 26 years teaching in the art department at Dulwich College where she was also very actively involved in setting up exhibitions and organising events. She now runs her own interior design/property management company.
Barbara has been a very enthusiastic supporter of  the Janki Saye Foundation since its inception, and was a member of the events team for the launch and the Night Rider and ‘Just so Funny’ fundraising events.
She was also involved in raising funds for The Burton Trust. In her spare time, Barbara enjoys horse riding, sailing and baking. 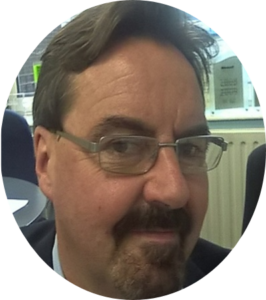 Phil is Managing Director of Co-Operative Systems (CoopSys) which he founded over 20 years ago. From the beginning, CoopSys was focused on being a specialist IT provider to the not-for-profit sector. Satisfied customers gave referrals and the company has grown steadily year on year.
Phil is still enthusiastic about pushing IT forward and, when not hard at work, you might find him swimming in the Amazon or on a train to Hanoi.
Coopsys have been generous donors to help our cause and Phil has been a great supporter of JSF over the last 2 years. Last year he raised funds by taking part in an outdoor swimathon in icy cold weather!!